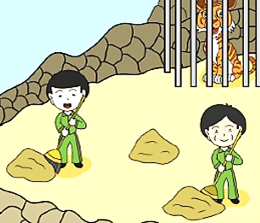 5. Why do they look healthy and happy all time? Because they ....
A. are never late to school.
B. walk to school.
C. often speak English.
D. answer question in English

10. Which statement is NOT TRUE according to the text above?
A. Monkeys have got hair and tail
B. Monkeys are vegetarian
C. Monkeys understand human language and able to speak it up.
D. Monkeys are social animal and have got tribes
11. Where do monkeys live in?
A. In the sea
B. In the desert
C. In the north pole
D. In the rainforest

12. What do monkeys like most for their meals?
A. Insect
B. Banana
C. Vegetable
D. Meat

13. What are the Hafiz and the writer doing?
A. They are searching the missing cat
B. They are looking for some birds in the nest
C. They trying to find the thief’s footprint
D. They are catching neighborhood’s cats

14. What tool is Hafiz and the writer use to look for kitty?
A. Detective clothes
B. Magnifying glass
C. Hat
D. Notebook

15. What is Kitty Doing?
A. Kitty is Eating Fish Bone
B. Kitty are Hiding behind the tree
C. Kitty is catching some birds in the nest
D. Kitty is running fast

16. From the text we can conclude that....
A. Kitty is being kidnapped by someone
B. Kitty has been hiding on the tree for three hours
C. Kitty is playing with neighborhood’s cat
D. No one kidnapped Kitty, Kitty is trying to catch his prey. 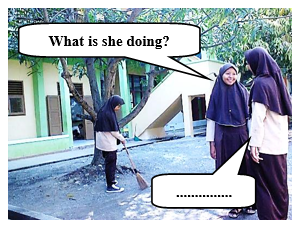 19. Meliyan buys “Prima” and Riska buys “Teh Botol”.
They have different price.
Which one is the correct statement? 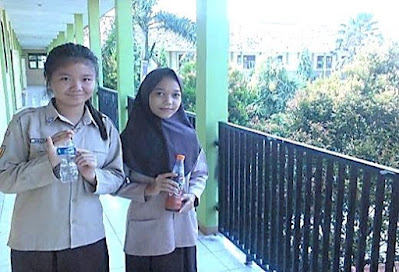 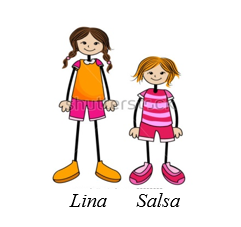 26. And Mathematic is ...than English
A. easier
B. more easy
C. difficulter
D. more difficult
Text for No. 27- 30
Keisha visited Aunt Vicky last holiday. Aunt vicky brought her to Ancol. It was a beautiful day. Aunt vicky’s daughter, Farah begged Keisha to build a giant sand castle. Keisha took picture their sand castle and uploaded in her Instagram. Aunt Vicky told her it was too hot to play at the beach without a hat on. Keisha didn’t bring her hat. Aunt Vicky told her not to worry, she could wear one of hers.

Keisha tried on two hats. The pink one was really pretty, but it had a long pink ribbon on its back and it was too big for her. The blue hat was so fancy but it was too small, it was her niece’s hat. Keisha had no other choice, she had to wear it to avoid the sun light so she chose the pink one. Even though it was too big for her but she didn’t care.
Suddenly, there was big wind blew away her hat, her pink hat flew out to the seashore. We laughed at her. She ran away and tried to catch the hat but it was so hard. She jumped every time the small wave came to her. Finally, she gave up and let the hat gone away and asked her mum to buy the new one.
26. Where was Keisha?
A. at the hotel
B. at the beach
C. at the castle
D. at aunt vicky’s house

27. Who asked Keisha to build a giant sand castle?
A. her mother
B. aunt vicky
C. her niece
D. her grandmother

28. Farah begged Keisha to bulid giant sand castle.
The underlined word has the opposite meaning with the following words, except....
A. small
B. tiny
C. teeny
D. huge 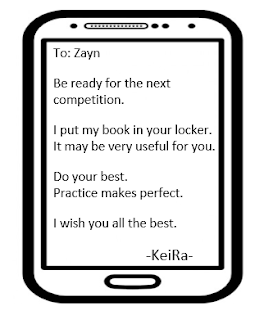 34. From the text we know that....
A. Keira lent her book for Zayn
B. Keira returned Zayn’s book in Zayn’s locker
C. Keira asked Zayn to do exercise in her book
D. Zayn didn’t need the book.

36. Where do you probably find this Notice?
A. In the Market
B. In the School
C. In the Cinema
D. In the Library

38. What will happen if people recording the film?
A. They ill be a film director
B. They will get movie award
C. They will be arrested and sent to the court
D. They will get reward
The following lyric for no. 39-40 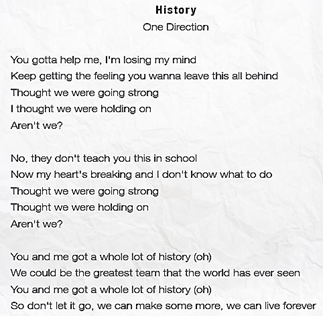 39. What is the message we can get from the lyric above?
A. Its about friendship; how to be greatest team
B. How to call our friends when we need them
C. We must have many friends not only one, two or three friends
D. If we are having trouble, good friends have to come as fast as possible just like counting one, two, three .

40. You gotta help me, I’m losing my mind?
The underlined word refers to….
A. the reader
B. the singer
C. the writer
D. the friend

II. ESSAY
Answer the question below based on the pictures!
40. Dayu : What is she doing? Beni : What is he doing?
Lina : ... Edo : ...
41. Complete the comparative and superlative sentences!

The Post Office is near my house
But, the Bank is ... than ...
And the Hospital  is ... of all.
42. Change the words in the bracet into the past form.
When I (am) a baby, when I (can not do) anything, my parents and my elder brother (take care) of me. My brother is five years older than me. I (don’t sleep) with my mother. I (sleep) in a babycot in my parents bed room. My brother (sleep) in his own room. My mum (breastfeed) me for two years.
43. Read the text and then answer the questions!
a. Why did they win the Classroom Competition?
b. What did they bring on Saturday?
c. And what did they do then?
44.
a. Where does the notice usually take place?
b. What is the meaning of the notice?