Multiple Choices
Read the following text and answer questions 1 to 5.

When she was young, my aunt Afnia always wanted to be a policewoman, but when she was 18, she decided to be a dentist because dentists get more money. To be a dentist, she had to study hard for five years at university and take a lot of exams.
In her job my aunt has to clean and fix people’s teeth, and sometimes she has to pull them out! She doesn’t have to get up early but she has to work hard, usually from 10am to 7.30pm from Monday to Saturday.
She likes her job because she never has to take her work home, and she meets lots of people. One thing she doesn’t like is that she can’t really talk to her patients, because she is working inside their mouths!
1. What does the text tell you about?
A. Aunt Afnia’s job.
B. Aunt Afnia’s youth.
C. How to be a dentist.
D. Likes and dislikes.

3. What is the topic of paragraph 2?
A. People’s teeth.
B. Aunt Afnia’s patients.
C. Aunt Afnia’s daily work.
D. A hard-working dentist.

4. The following are things that Aunt Afnia likes about her job, EXCEPT ….
A. good money.
B. no work at home.
C. little talking to patients.
D. meeting lots of people.

Read the following text and answer questions 6 to 10.
The day started really badly. In the morning, I missed the bus, so I walked to school instead. Then it started to rain! I arrived late and my teacher was a bit annoyed. The lesson before lunch was Maths.
My friend David copied all my answers. It wasn’t my fault, but the teacher was angry with me! I was very upset.

After lunch, the history teacher asked me a question about Christopher Columbus. I answered, ‘Columbus discovered America in 1942’. Everyone laughed. I was really embarrassed. In the evening, I watched my favourite football team on TV. They played really badly. The other team scored six goals! Later in the evening I argued with my elder sister. It was a terrible day!
6. Joe walked to school because he ….
A. woke up very early.
B. wanted to arrive late.
C. waited for the rain.
D. missed the bus.

7. Which lesson did he have before lunch?
A. Maths.
B. History.
C. Geography.
D. Physical Education.

8. Which statement is TRUE based on the text?
A. Joe copied David’s maths answers.
B. Joe’s favourite football team won.
C. Joe argued with his little sister.
D. Joe’s answer in the history lesson was incorrect.

Read the following text to answer question 21 to 25.
Canadian teenager Gina Gallant has always been an inventor. She became interested in science at the age of four after her father started taking her to science fairs. Soon after she started school, she made a kind of paper out of broccoli for her science project!
In 1998, when she was 12 she invented a safer bicycle helmet for kids. She did this after her little brother had a cycling accident – luckily he was OK because he had put his helmet on properly.
And by the age of 16, Gina had designed a new kind of road material which used recycled plastic bottles. What will she invent next?
21. The text is mainly about ….
A. the invention of a bicycle helmet.
B. a boy who had a cycling accident.
C. the invention of paper made of broccoli.
D. a young girl who becomes an inventor.

24. Which statement is TRUE based on the text?
A. She invented paper made of broccoli when she was 12.
B. She designed road materials made of plastic bags.
C. She invented a bicycle helmet after her brother had an accident.
D. She has loved science since her father took her to a laboratory.

25. The underlined word in the text can be replaced with ….
A. circle
B. rubbish
C. re-used
D. waste away

Read the following text to answer question 26 to 31.
My Best Friend
My name is Ary. Three years ago when I was in junior high school, I met two people that later became my best friends. The first one was Eric. He was an athlete for our school. He was tall and muscular. The other one was Ricky. He was a very diligent student. He liked to read the encyclopedia and he the ranked  first in my class.
I liked them both because they were very friendly to other people. Even though Eric and Ricky were very famous in our school, they were not arrogant. They made friends with anybody including me.
26. When did Ary meet his best friend?
A. Yesterday.
B. Last week.
C. Two years ago.
D. Three years ago.

29. What kind of person was Ricky?
A. A lazy student.
B. A diligent student.
C. A stupid student.
D. A careless student.

Read the following text and answer questions 32 to 36.
Redfeathers the Hen
Redfeathers, the hen, was so-called because all her feathers were red. One day, the fox caught sight of her in the farmyard and his mouth began to water. He ran home and told his wife to put on water for boiling a chicken, and then he rushed back, and before Redfeathers knew what was happening, she found herself snapped up and inside a sack, not even able to call for help.
Luckily for her, her friend the dove saw what had happened. She  uttered on the path in the woods, and lay there, pretending to have a broken wing. The fox was delighted to find that he now had a first course as well as a main dish. He put down the sack with the hen in it, and chased off after the dove, who began cleverly to hop further and further away.
Redfeathers slipped out of the sack and put a stone in her place, then she too ran off. When the dove saw that her friend was safe, she  ew up into a tree.
The fox then went back and picked up the sack, thinking that the hen was still in it. When he got home, the fox tipped the sack into the pot of boiling water, but the stone splashed it all over him, and he burned his greedy paws.
Source: 366 and More Fairy Tales, 1990

36. What did Redfeathers do to trick the fox?
A. she slipped out of the sack.
B. she yelled for help.
C. she ew away to the tree.
D. she put a stone in her place.
Choose either A, B, C, or D for the right answer. Decide the right tense whether it is past tense or past continuous.

Last week I went to the theatre. I had a very good seat. The play was very interesting. I did not enjoy it. A young man and a young woman were sitting behind me. They were talking loudly. I got very angry. I could not hear the actors. I turned around. I looked at the man and the woman angrily. They did not pay any attention. In the end, I could not bear it. I turned round again. ‘I can’t hear a word!’ I said angrily. ‘It’s none of your business, ‘the young man said rudely. ‘This is a private conversation!’
41.a. What did the writer do last week?
b. Where were a young man and a young woman sitting?
42. Arrange these  jumbled words into a good sentence!
a. I and my family – for picnic – to Kaliurang – went – last month
b. grandma’s house – last holiday – visited – my – We
43. Complete the text below with the correct words  in the box
The weather ______(a) very clear. I and my family decided to go camping last holiday. Father prepared the tent and other equipment. Mother ______ (b) the cooking and eating utensils. I took my fishing rod and my brother brought his sport equipment. When everything was ready, we left for the camping site in countryside.
There were many campers when we arrived at the camping site. Unfortunately, the good location near the river had been occupied by other campers so we had to look for another place. Finally, we _______ (c) a good place little bit further. It was near the big tree. After setting up the tent, my father and I _______ (d) fishing. We joined other people sitting on the rock near the river.

44. Write down a dialogue about “Offering help” based on the following situation!
Your  teacher brings many kinds of books. You offer help to carry them. Your teacher likes it and says  thanks to you.

45.Write a short message to your friend. Ask him/her to come to your house to do your assignment     together. Decide the day and time. 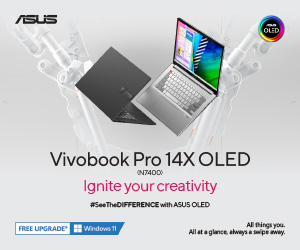